I know, software vendors saying “we have been working on this for a while, working hard for this to build this and that” sounds like a routine 🙂 Let me try to make it bit different.

One of the reasons, I like writing this kind of post is, you don’t have to rephrase lines, just to make sure it sounds like ‘BENEFITS’ rather than plain simple feature announcement.

Did I tell you, each one of these features, enhancement and fixes have been requested/reported by our users?

So yes, we are really happy to announce second product update in this month. We have been working on features like email from your domain, assign signee to e-Signature in a proposal, replace existing images, legible color for placeholder variable and lot of UI refactoring.

Email From Your Domain

Finally we give you the feature many of you have been asking for. It gives you the ability to send proposal email from your own domain (like john@mycompany.com instead of no.reply@freshproposals.com)

It involves two steps and both steps will require you to add DNS records to your DNS registrar. 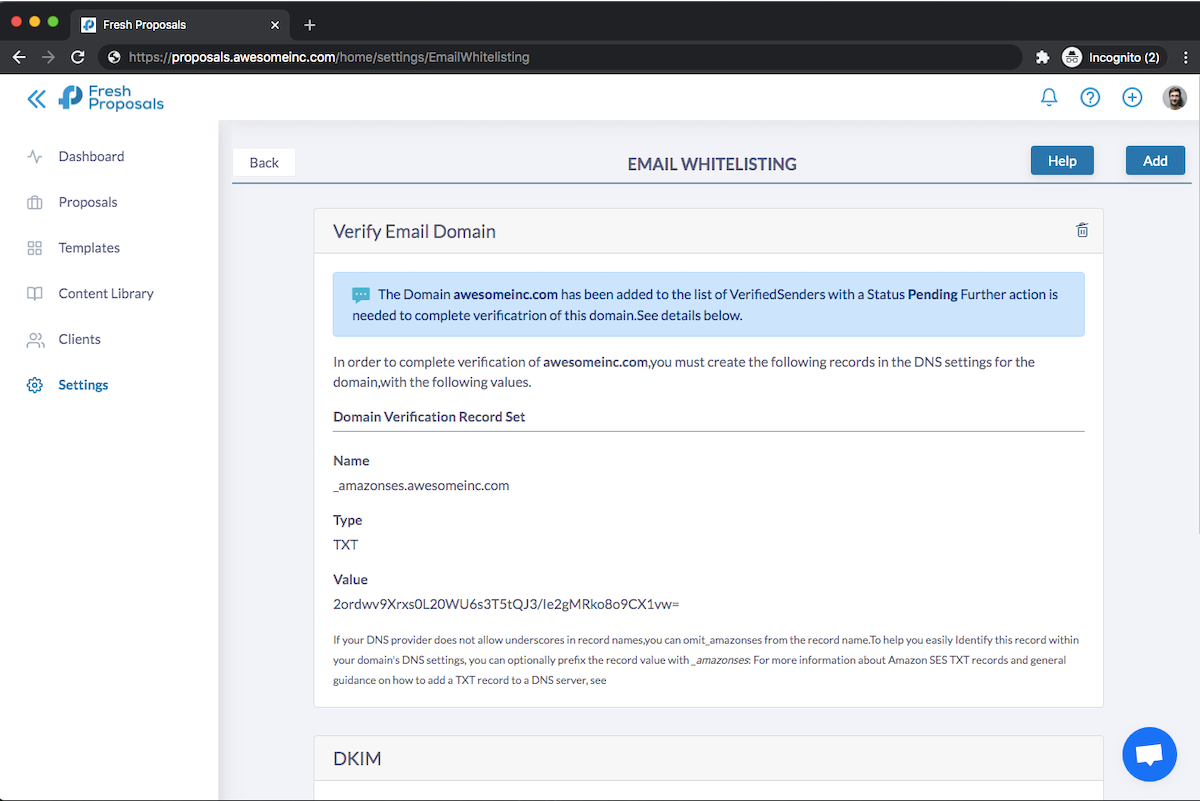 For uninitiated, DKIM stands for Domain Key Identified Mail. In simple term it means, the email received by recipient is indeed sent using a techniques authorized by the domain owner. In other words, if DKIM test is passed, the emails received are not spoofed by unauthorized person. 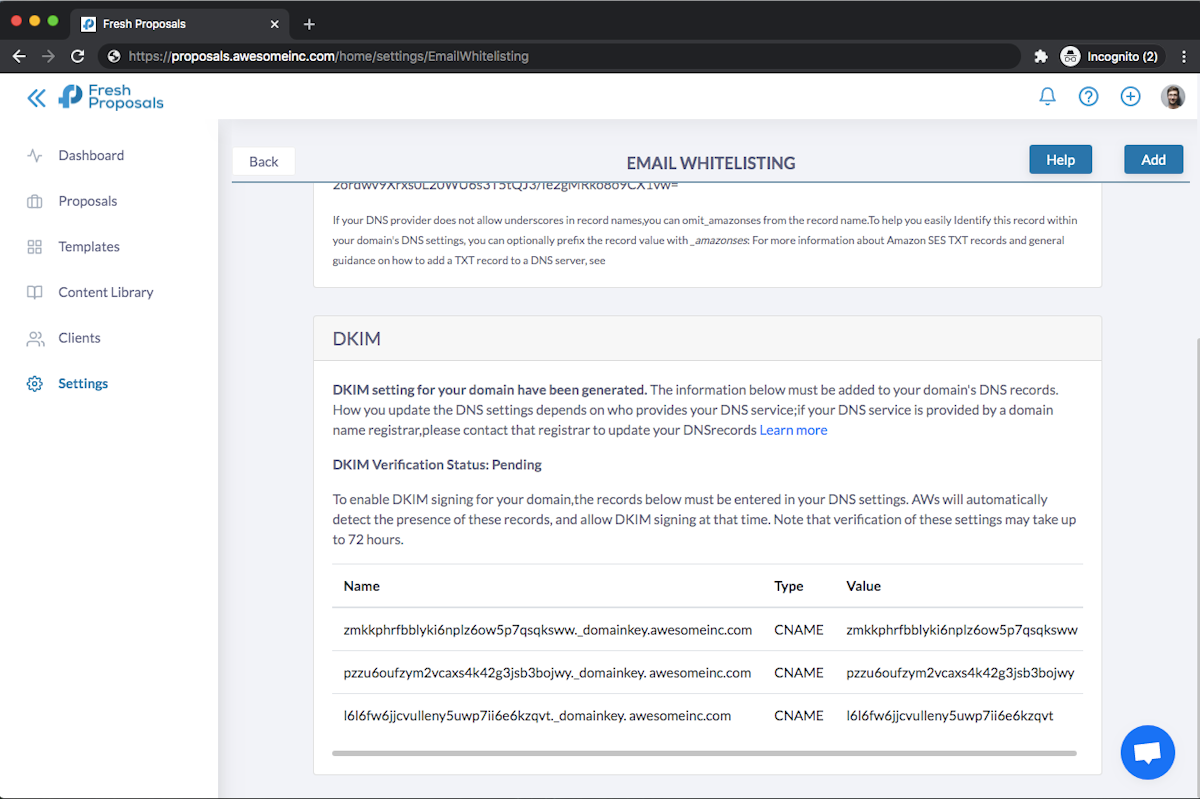 Once you enter these details, it will take about 72 hours to verify these records. Once verified, your clients will start receiving your proposals from your own domain.

We realized the difficulty or extra work needed to replace an existing image. We have fixed it for you.

The best part is – the added image has exactly same properties as of the original one including size, shadow, corner, border, etc.

Here is one more screenshot to show how it can be replaced. 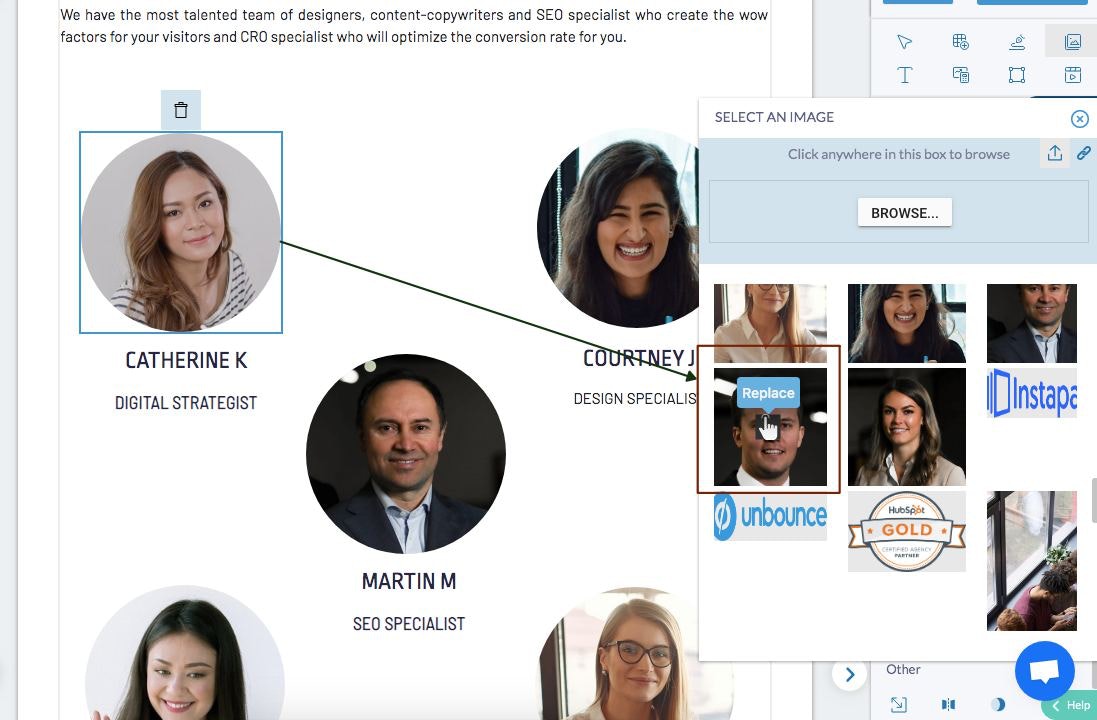 You will have more font sizes to choose from, especially for the 8-20px range. You can also set it in the style settings. 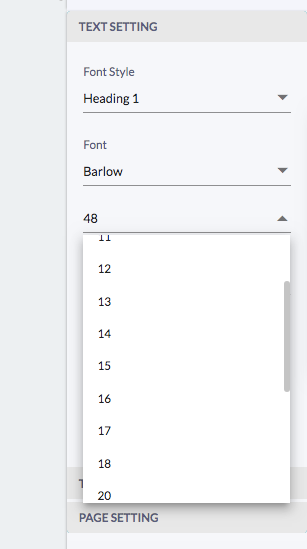 [Making it viewable irrespective of its own font color or background color, well in most cases] 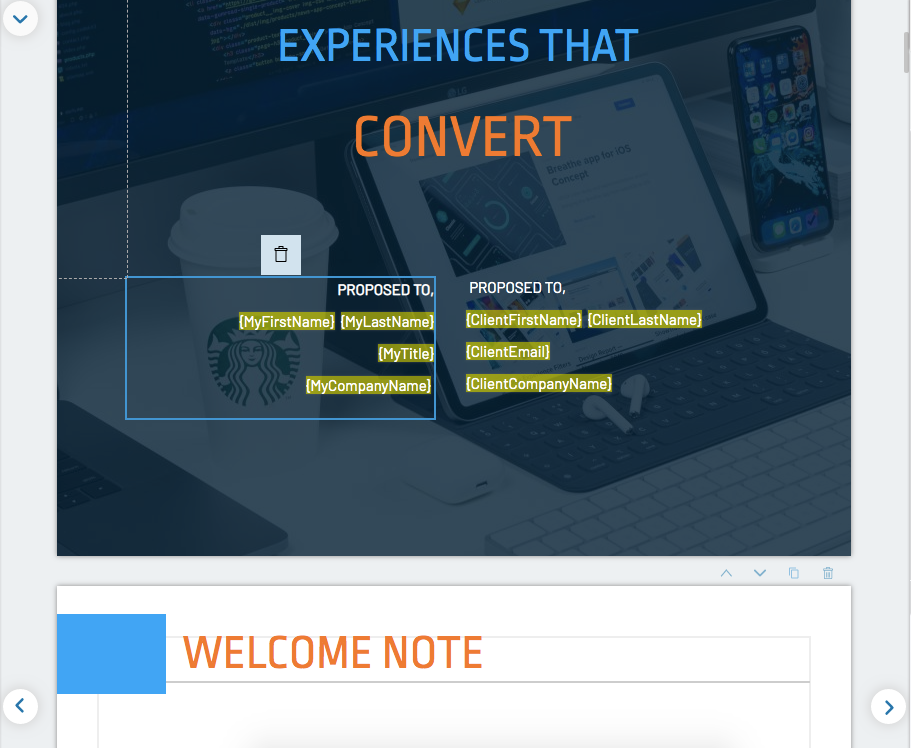 While sending proposals, users do not assign client contact to e-signature, who will be signing the proposal. And we realized it is not obvious for many users. And they struggle to understand what needs to be done next, especially when they see warning message like ‘Your proposal has signature(s) with no signee assigned’. We have improved the warning such that users will know what needs to be done now.

The video explains how warning is helping user to take next step.

If you want to preview multiple templates at a go instead of going in each one of them and clicking on back, you can right click on desired proposal/ template in the list and preview it in a new tab.

For those who are already using Fresh Proposals, this may not make much difference but for new users, they will see informative screens in case of there is no content in say Proposals, Section Library, Images, etc

Proposals : When no proposal is created.

Updated the left and top panel in the application to separate menu, branding/logo and also added bit of animation effect in the left side panel to indicate the menu selected.

That’s all for now.