If you are trying to get your business on the growth path, growing sales is going to be a major driving factor. Going by the sales-funnel approach, you will have number of prospects to approach, filter those prospects based on interest level, urgency, use case fit, etc and then you would be sending them a business proposal for consideration.

A solid sales pipeline is a result of curating and consulting of prospects carefully. To grow the sales pipeline, you would need good number of sales proposals being considered by your prospects.

It becomes difficult to keep up with growing number of prospects, especially proposals sent to them, follow up, etc.

How do you organize sales proposals?

Fresh Proposals software allows you to create sales proposals, edit content, design, send proposals and track those. You can choose from list of pre-made, designed proposal templates to get started quickly and convert those proposals to business deals.

What if number of proposals grow?

If you are already using Fresh Proposals, you can organize multiple proposals as categories.

Proposal category can be decided based

So, you can create/ set proposal categories.

Once categories are created and associated with proposals, those will show up in proposals listing page as shown here\

You can enlist proposals based on categories. 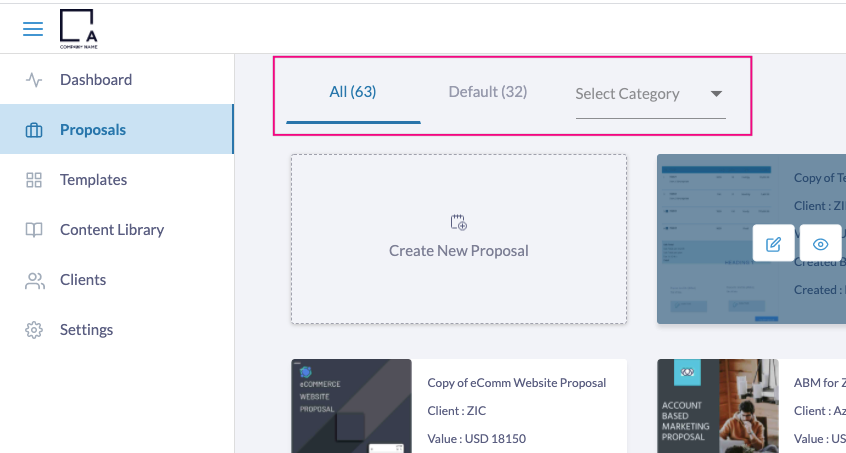 You can select a value from the dropdown as shown below and only those proposals in a selected categories will be listed for your review. 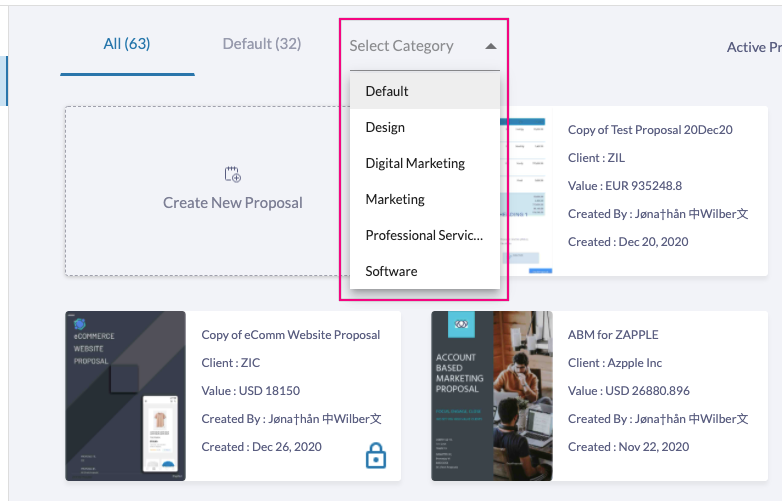 You can also filter proposals based on year, and status as shown here. You can click on ‘Active’ to enlist active proposals.

You can also check  number of active proposals in your account as shown below.

Thus you can track, manage and organize sales proposals, contracts, etc in you Fresh Proposals account.